Caroline Pearce is a former International heptathlete and bobsledder for Great Britain and successful TV Presenter, reporter, commentator and event host. She is a published author and go-to fitness and nutrition consultant and influencer with a First Class Honours Degree in Sports Science and Master’s Degree in Nutrition and Exercise Physiology from Loughborough University. You may also know her as ‘Ice’ from the revival of the hit TV show ‘UK Gladiators’ on Sky 1!

Caroline is also the lead host for UK's BT Sport network since the channel launched in August 2013. She Anchored their live weekly magazine show ‘UFC: Beyond the Octagon’ rounding up all the latest action and interviewing guests from the world of UFC to a live studio audience as well as hosting live Fight Nights in Europe. She has also anchored the news and reported at numerous sporting events from the NFL International series to athletics and winter Olympic Games for Sports HUB, BT Sports’ news-based show. She is now the networks US correspondent. Caroline is also a correspondent for UFC Fight Pass, the UFC's digital network.

Further, Caroline has reported UFC for Fox Sports and UFC Fight Pass as backstage reporter at weigh in and fight night shows, covering big events in Japan and Europe. Never one to sit in the comfy chair in 2016 Caroline travelled to India to host the first ever World Cup of Kabaddi for Star Sports India, a sport she previously knew very little about but went onto study and love whilst broadcasting to millions around the World. 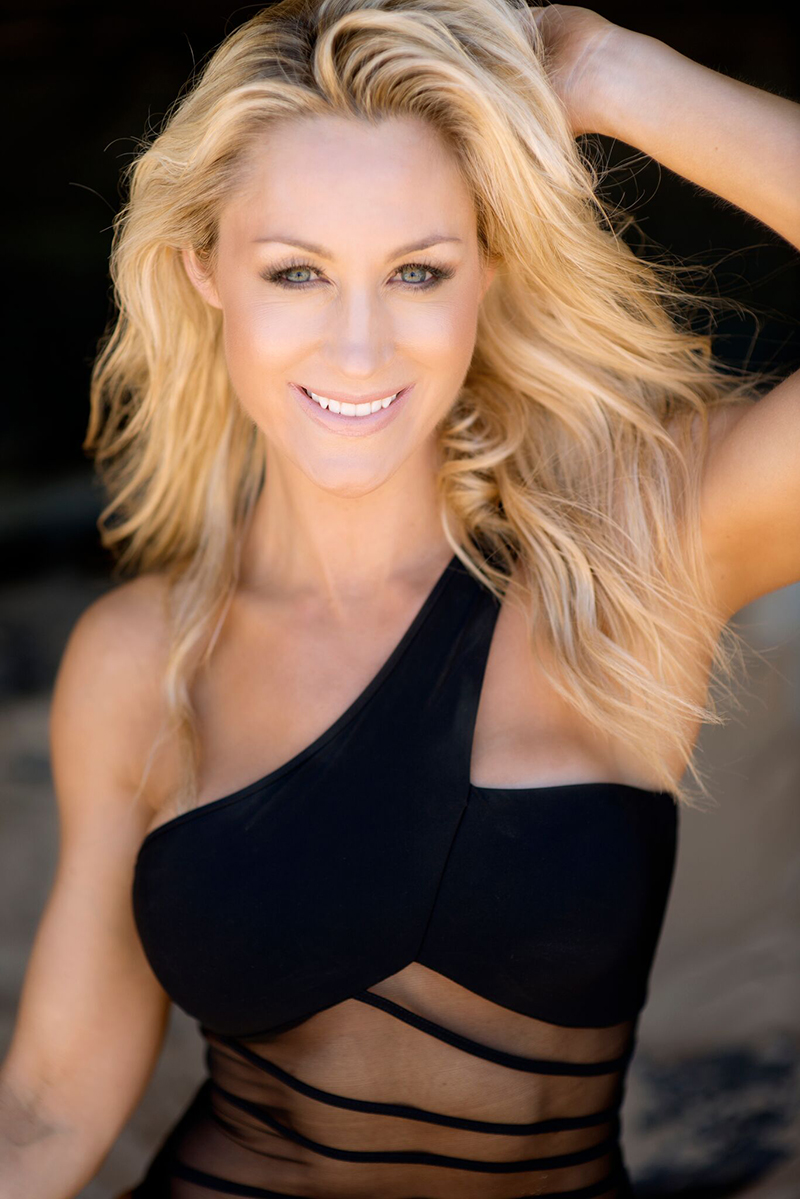 Caroline entered the sport and entertainment media industry in 2010 when she became the presenting face of International Strongman. She presented the hugely popular Christmas show ‘The World’s Strongest Man’ in 2011 for Channel 5, attracting over 1 million viewers. Caroline also commentated on The CrossFit Games for Eurosport, an event touted as the World Championships of fitness. She commentated the first CrossFit Live Invitational between USA and Europe and The European CrossFit Games Championships. Caroline has presented Europe’s largest rugby sevens, netball and music festival – The Bournemouth Sevens as well as the Dubai Rugby Sevens. And being a keen motorsports fan Caroline relished her role as presenter of The Paris Motor Show for MSN TV. Caroline produced and presented her own athlete interview series ‘The Truth: Athlete Insights’ for online sports platform ‘Exclusive Sports Media’ interviewing athletes from track and field to ski cross and rugby. Proving her presenting versatility she also ventured into the world of showbiz and interviewed the stars of Star Trek, Highlander and Spooks at ‘The Greatest Show in the Galaxy’ to a live event audience.

When not on screen Caroline is busy in the fitness and health industry for which she has over 15 years of experience. She is the author of ‘Better Body Workouts for Women’, a personalised approach to fitness, with publishers Human Kinetics and helps people to get fit at home with her high intensity award winning fitness DVD series ‘The Total Body Collection’, via her workouts on the FitOn app, and via her social media platforms. Workouts from her DVDs are featured each week on Fitness and Fab TV in the UK and are also available as an app. She previously contributed to a monthly column ‘Caroline’s Core Moves’ for BodyFit magazine in the UK and is a contributor and cover model for many more publications. Caroline travels the globe as the face of the company and a master trainer and ambassador for Performance Health Systems presenting Power Plate whole body vibration education and wellness principles. In 2015 she launched her 'Gladiator Workout' series which uses her bespoke athlete training system along with MMA fitness routines. This series was adopted in all Virgin Active gyms in Australia, select Fitness First clubs in Asia and now in the US. Her latest workouts can be found on Power Plate’s new On-Demand platform and app.

Caroline worked with Universal Pictures on the launch of their TabataTM fitness training concept. She was also the television expert and sports science expert for ProSkins intelligent apparel in the UK and Australia. In addition, Caroline is the creator of the online weight loss nutrition plan ‘JustSlim’ and has featured as a TV fitness expert on both UK and US networks. She now specializes as an innovative content creator and educator for fitness brands and products looking for a qualified voice to represent and showcase them across social media platforms, web and on air.

Caroline’s sport and fitness industry involvement stems from her athletic career which started at a young age when she became the youngest ever competitor at the England Schools competition where she competed in the sprint hurdles aged just 11. A couple of years later she had topped the national rankings in 4 disciplines. She first represented Great Britain at age 15 in the pentathlon and progressed to senior honours and a place in the European Cup Heptathlon Team at age 24. She was twice National heptathlon champion and silver medallist in the Long Jump. The following winter she transferred her natural speed and power to ice and made her debut in the Great Britain Bobsleigh team, heading out to the World Bobsleigh Championships in Calgary as reserve/alternate athlete for GB1 team who secured the silver medal.

In 2008 Caroline took on the role of a Gladiator on Sky 1’s re-launch of the highly successful sports-entertainment show, ‘Gladiators’. She became ‘Ice’, a name based on her winter sports experience and a ‘look’ they were to create for her of white blonde hair to go with her blue eyes and sparkling costume! Her character was described as “cold, steely, frosty and beautiful”. Caroline performed as this ice maiden character in all 18 shows of the series proving herself queen of the rings and a force to be reckoned with in power ball.

Caroline is an all round action woman with a passion for sport, fitness, wellbeing and taking on new challenges. As a sports fan her knowledge extends across her own sport of track and field athletics, soccer, motor sports and combat sports. Caroline’s own elite sporting background, work ethic, love for research in all fields of work and passion for television, fitness and helping others, gives her a unique ability to relate to athletes and bring valuable insights to their audience and to inspire people to live an active and healthy lifestyle.